Perfect October book! Creepy and chilly. Sometimes YA can be trite and overdone, and there admittedly was a little of that in here. I loved the setting, Sophie, the fact that you didn’t know who or what to believe. Classic clean horror.

Another phenomenal epic by one of my favorite authors. I didn’t give it 5 stars only because of personal reasons. I was getting so bogged down and it felt so depressing-it IS about a war and the characters’ five specific families and how they intersect with different aspects of WWI and each other. I had to take a long break in the middle to give my emotions a rest, but it wasn’t that difficult to pick it back up again thanks to Follett’s skilled plot lines.

I learned more from this single volume about WWI than in school. I love how Follett can take fictional characters and seamlessly weave them into real historical figures and events. I thoroughly enjoyed the book and the many story lines seemed complicated and hard to follow at first, but Follett makes everything so impactful and intriguing it helps to keep track of everyone.

I kind of picked up this book on a whim, not realizing it is the first of a trilogy or how long it would be, but I am definitely glad I did!

I was laughing out loud from page 1 (or possibly page 2). Light hearted and entertaining, The Humans is also quite serious. I found myself wanting to read bits out loud to passers by and memorize segments to better integrate them into my real life. I’m still reeling from all the subsequent thoughts swirling in my mind. The alien perspective of humans was rich and heart warming. What really matters after all? The question we all ask ourselves and truly, already know the answer to, is explored beautifully. As long as you don’t mind on the surface, gratuitous, but oddly necessary F-bombs, read this book.

All the Ugly and Wonderful Things Brynn Greenwood. ⭐️⭐️⭐️⭐️

So many emotions continurally resound long after I stayed up late to find out what happened to our brave Wavy. Ugly and Wonderful is an apt title; as it is love story in an unusual way-a beautiful rendering of a horrible childhood. Prose I want to keep reading, honestly raw, the compassion and character development, and even the different points of view make this a book I really loved.

I gave it four stars instead of five because since it IS so blunt in its descriptions of the life Wavy grew up in and lived, it couldn’t be recommended to all readers.

I loved Cass. I had my suspicions from the beginning which were justified of what was really happening to her, but I was still thrown for a loop. I was drawn into the story right away and wondered what I would do in the same situations. It’s a beautiful thing when I can relate to a protagonist so thoroughly. The energy in this book never stopped, even when all Cass was doing was sleeping.

It’s sad that books take so long to write when I want to devour good ones, like this one, in a single setting.

“Rules were never the point. It was finding out who you were meant to be.”

Once again Alice Hoffman delights in her poetic writing and crafting of a beautiful love story. Or, shall I say, several love stories. It would be hard to write a prequel to an iconic story, but of course she managed with aplomb. You love the Owenses, even when you think they’re screwing up their lives.

The Wife Between Us Greer Hendricks and Sarah Pekkanen ⭐️⭐️⭐️

This book started out with a lot of potential-it’s hard to write what my experience was without giving away too much, but I’ll try. I was about 1/3 done when came across an Instagram review which told me what I had already assumed to be true, was actually the big twist. To put it a different way-I didn’t “get” the shocker at all because what I had thought to be true actually was true, but apparently most people think something different than I did.

Obviously that plot twist failed for me. I was still interested in the book though-I was loving the voice of the reader in the audio book, and I was still curious about how it would all turn out. I was impressed with the strength of the protagonist-she defined real courage to me. Even though she was terrified and sometimes opted to almost wallow in it and her depression, just like I would likely do, she still chose to do the hard, hard thing and face her fears.

I only gave it three stars though because there was a lot of repetition for which I couldn’t figure out a purpose. The extra twists toward the end seemed really contrived, the Epilogue especially! There was a subplot which happened in college that honestly didn’t seem to contribute to the story at all.

This book is above a shrug and a “meh” but you won’t miss anything if you don’t read it.

The Dinner by Herman Koch ⭐️⭐️⭐️

I hated this book and at the same time couldn’t put it down! The entire book takes place at dinner, which seems like it would be quite boring. Paul, however is an adroit storyteller. I begin to feel the same towards his brother as he does, and think Paul is the good guy. And then you learn more. This story line was intense and intriguing and despite having no action, except in flashbacks, it kept me riveted. It was so negative though, that despite how badly I wanted to tear through it, I didn’t have the stomach for it.

I didn’t really enjoy the first half of the book because I hated the protagonist so much. Then when the protagonist changed halfway through, having just read The Wife Between Us, I knew almost exactly what was going to happen. I was really happy with the ending and how everything wrapped up. I enjoyed the book and it was well written.

Thank you to these wonderful Instagrammers for their pictures. Since I almost exclusively read library books, my pictures aren’t as perfect .

Which book do you want to add to your To Be Read list?

March was a great book month! I read a lot of winners. I rate books on 1-5 stars, but it’s really kind of silly because I never finish books less than three stars, and have trouble even when they are perfectly average. And then when I realized I could use the emojis to make the stars, I thought to myself, as anyone would, “I’m going to rate these books on a scale of 1 to 5 tacos!” 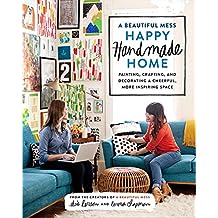 I’ve been using A Beautiful Mess’s filters for years, so when I saw they had a book out, I jumped on it. It was easy to read, lots of beautiful photos, much inspiration. If you like home decorating books, check it out! If you don’t like home interior books, this would be a good one to read and change your mind. 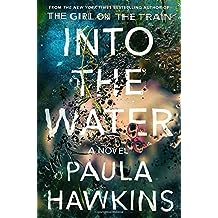 I read this for Paper and Glam bookclub. I was halfway through before I even realized this is the same author as Girl on a Train, which I really loved. I’m a huge fan of quality mystery, and turns of the plot, as well as strong leads. This one was a bit confusing because it had so many different people’s points of view telling the story, as well as many different flashbacks, it was intriguing though, and because I was riveted, I still gave it four stars. 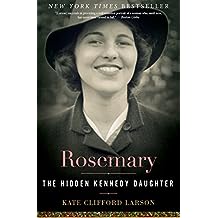 This book was filled with all of the Kennedy drama and tragedy, but honestly it was pretty boring. It was mostly a litany of day to day list type writing. I wish the author would have helped me feel more sympathetic and compassionate toward Rosemary, or any of the characters. I wanted to feel their pain, feel for them more deeply, but the matter of fact style of telling the story was completely devoid of emotion. 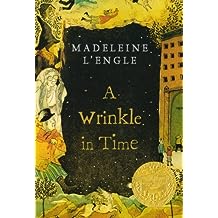 Although it fit the category of “A Childhood Classic You’ve Never Read” for the 2018 PopSugar Reading Challenge, I didn’t really love it. My 13 year old said it’s one of her favorite books, so maybe it’s just very much a children’s book, which is disappointing because there is lots of other so-called children’s lit I love to come back to. I’m not a huge sci-fi or fantasy fan either, so maybe that’s part of it. It was very simplistic, with very little character development. It reminds me of a book I would have written in the 6th grade. 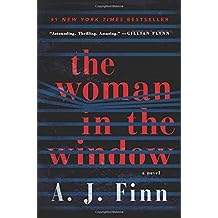 Reminding me frequently of the Hitchcock classic, Rear Window, Woman in the Window was filled with plot twists. I loved that I guessed some of them, but not to the extent they were written. I fell in love with the spirit of the protagonist. I couldn’t put this one down. Highly recommended: I almost gave it 4 ½ stars. 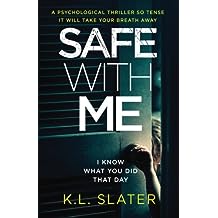 March must have been the month for un-put-downable thrillers. This one had me hopping as well. This one had twists I never saw coming, as well as a hard to love, but still adorable narrator. 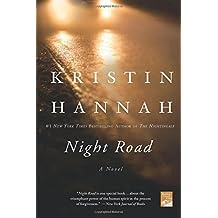 In my opinion, Kristin Hanna can do no wrong. I love how every book of hers is a different time period and about a different topic all together, and still hits me in all the feelings, and makes me cry, teaches me something new, and still has a happy ending. When you have to work through a lot of crud for that happy wrap-up, it makes the end all the sweeter. I do so love a happy ending. 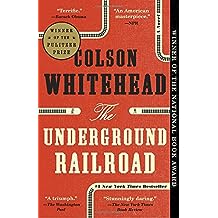 This is the best book I’ve read all year. I loved all of it—the gritty, hardness of it. The truth of it. The absolute fantastical aspects of it. The spirit of the main character. The heartbreak of it. The beauty of it. Just read it. 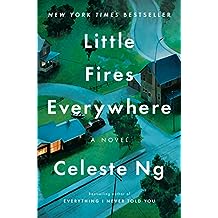 I will just come right out and say I was completely unsatisfied with the ending, but up until then, everything about this book was stellar. I was riveted the entire time. I loved the backstories by way of explanation of certain characters’ behavior, I loved all the different, yet intertwining plot lines, I genuinely loved the characters. Despite everything still being at loose ends at its conclustion, this was a book I was disappointed to have end.

What were your favorite books in March? I have a never ending TBR (to be read) list; I’ll be happy to add your recommendations!

This post contains affiliate links at no cost to you!